Did you know June is African American Music Appreciation Month! Also called, National Black Music Month. This was established by President Jimmy Carter in 1979, and celebrates the African American musical influences that are made up as a vital part to our nation’s cultural heritage. There are so many genres that African Americans created, encouraged and enriched. Jazz, Blues, Rock & Roll, Spiritual music, Hip-Hop and Rap to name a few.  Millions around the world listen and love music that holds elements of African American traditions. Music is part of the culture of African-American culture.   It is what connects all genders, races and generations.   We witnessed how deejays hosted IG live sets and musical battles to serve as therapy and a way to keep our mind energized from the devastation resulting from COVID and the injustice of the world.

In honor of Black Music Month, The L3 Agency created a #FadetoBlack campaign series recognizing  a few Black artists, as well as a notable quote of theirs. Some of our favorites were gospel artist Kirk Franklin, Hip-Hop artist Lauryn Hill, Jazz artist Ella Fitzgerald and Chicago’s own, R&B artist Jennifer Hudson.

Connect us with on and join the conversation at #fadetoblack #celebrateBlackMusic 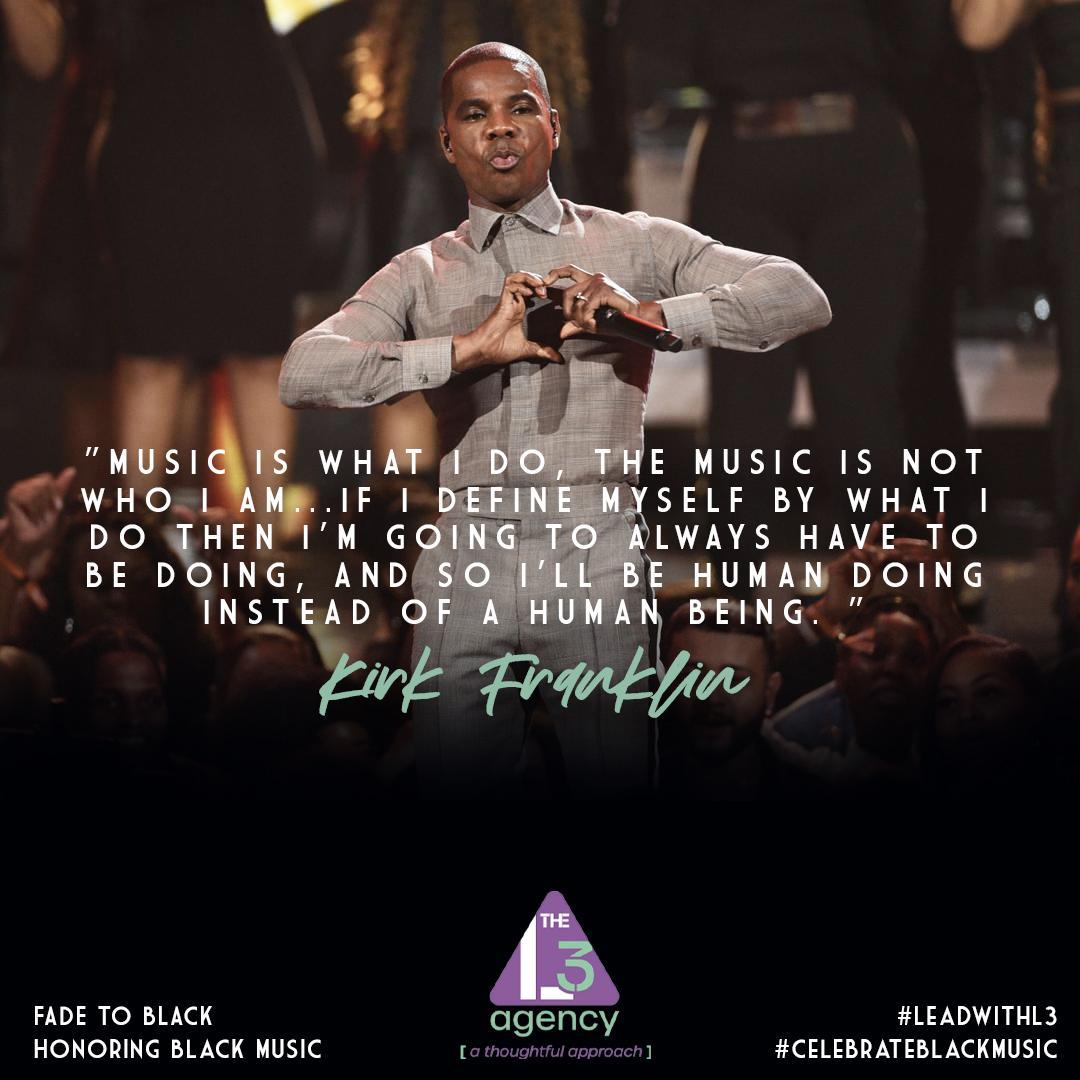 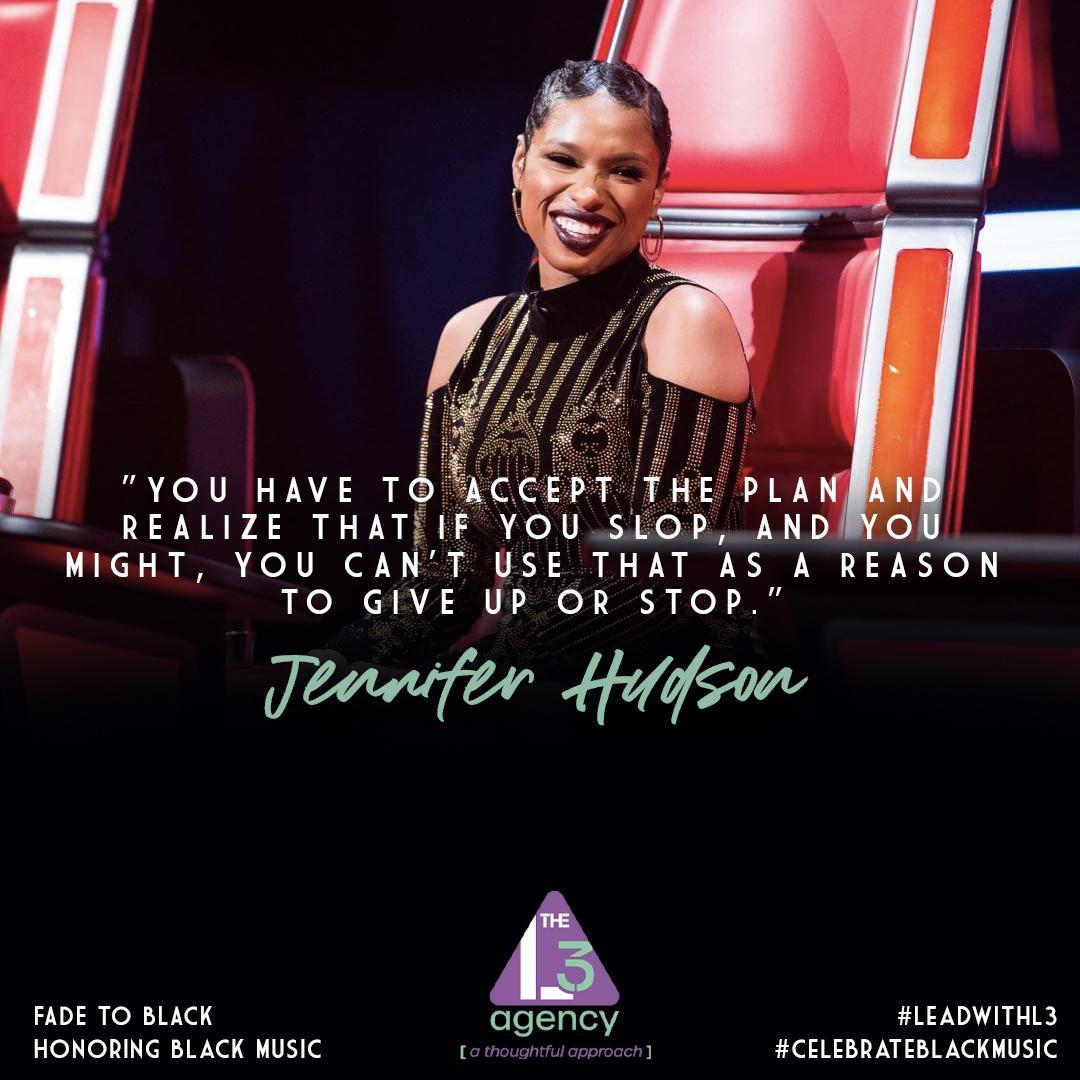